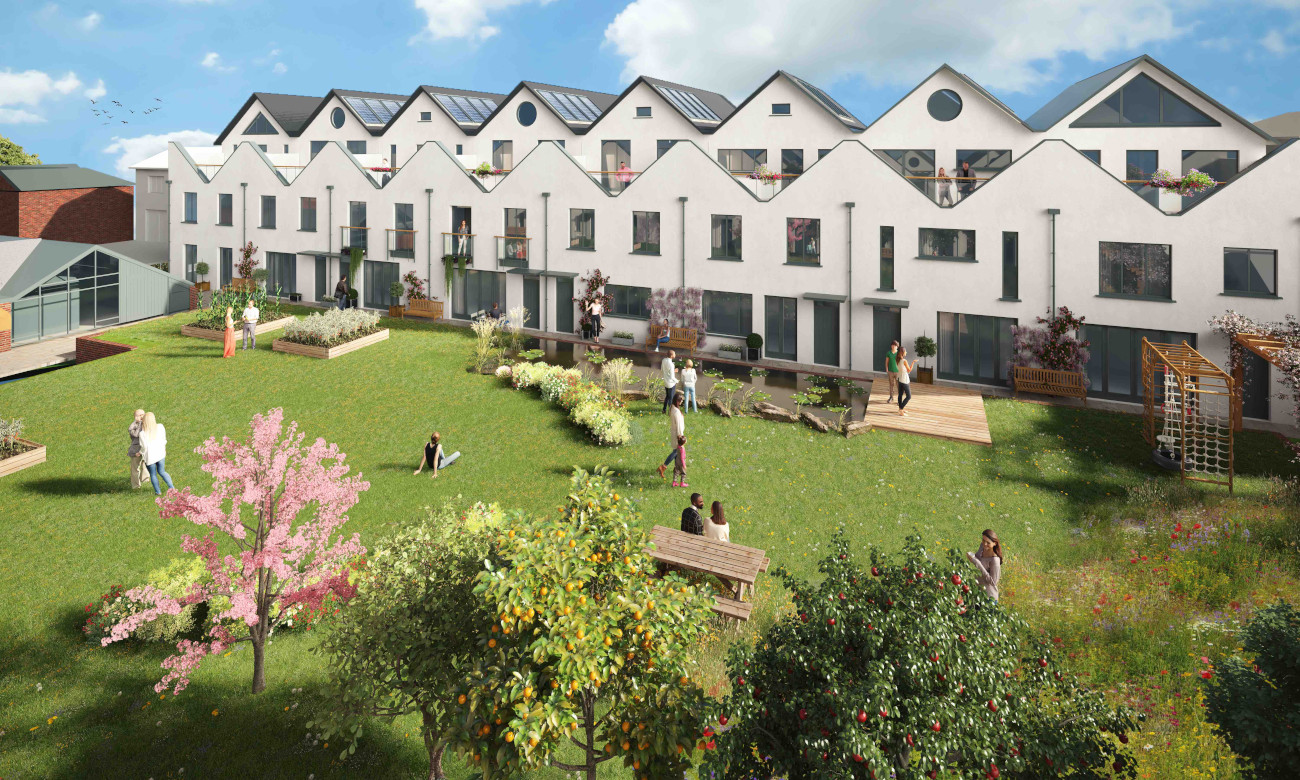 This article was written by Bob Dean, and a link to download the PDF is at the bottom of the page.

The objective in producing the document was to provide information which can be used to help determine the technical options for the proposed Berrylands Community Solar Scheme.

BWCE was set up in 2010. They have built five solar farms and installed solar PV panels on eleven schools and four community buildings.

Their Solar Streets Project is comparable to the proposed Berrylands initiative. The project was “designed to test the degree to which a collective community approach can be successful in encouraging electricity demand management at a neighbourhood level, enhanced by the integration of domestic solar PV, battery storage and, if possible, a Time of Use electricity tariff.”

The Bristol Energy Cooperative has launched a £2million community share offer to part fund a net zero carbon microgrid at the Water Lilies Development. This is a 33 home self-build housing development and is yet to be built. At the time of writing 70% of the plots have been sold.

The residents will get most of their energy from shared on site solar and battery storage via a microgrid across the new housing development. There will be a facility to be able to top up the energy supply from the Distribution Network Operator, DNO, when needed.

The Aran Islands Co-op covers three islands off the west coast of Ireland with a total of 500 domestic properties. At present approximately 50 houses (10% of the total) have been fitted with air to water 6heat pumps and 2kW roof mounted PV solar panels. 100 houses have been fitted with solar hot water heating. Battery storage has been installed on a few buildings.

A wind turbine generator is planned with sufficient output to provide all the needs of the three islands.

The aim is to be self-sufficient in locally generated energy from renewable sources and free of dependence on coal, oil and gas by 2022.

Harmon’Yeu is described as a “collective self-consumption project and as the “Harmon’Yeu experiment” on the website. The project was launched in 2018. ENGIE Laborelec began installing solar PV panels and inverters on 5 houses on the island, which is off the French Vendee coast. A communal storage battery is installed in the home of one of the consumers. The project is set to last for two years.

There are 64 solar panels with a total capacity of 23.7 kWp. The power is shared between 23 houses using smart software developed by ENGIE.

The project is described as a first in France, with PV panels installed on detached houses, excess power transported to the storage battery and, if there is a surplus, delivered to other homes using the smart software. In the first 3 months of the experiment 96% of the electricity produced was consumed, meeting 28% of the needs of the households involved.

Spain is recognised as being ideally situated to take advantage of the opportunities provided by solar energy. In 2015 a “sun tax” was introduced which made it less cost effective to install PV solar panels. Legal changes in 2018 and 2019 made it possible for collective self-consumption which aims to benefit both households and small businesses. Several consumers can be associated with the same installation of solar panels. They will be allowed to install photovoltaic panels on adjacent buildings that have better orientation, if there is an agreement between the owners of both buildings.

Community energy projects involving solar panels on groups of domestic properties are likely to be developed in Spain in the near future. At present solar PV and battery storage on domestic and commercial buildings is increasing but, as in other countries, the systems are installed either on individual buildings or on groups of properties in new build developments.

As of 2015, 2.7% of households in Italy were fitted with roof mounted solar PV. These are small scale residential systems rather than community based projects. They typically had a payback period of 6 years. The adoption of the renewable energy Directive in 2021 is expected to accelerate the adoption of solar communities living in multi-storey apartment buildings.

Many other countries including China, India and Australia are actively encouraging community solar. From the information readily available on the internet these developments are based around solar PV on individual houses. Where battery storage is installed it is also on individual houses rather than at a central location.

From the information readily available on the internet there are a number of options currently being developed for community based solar energy schemes: